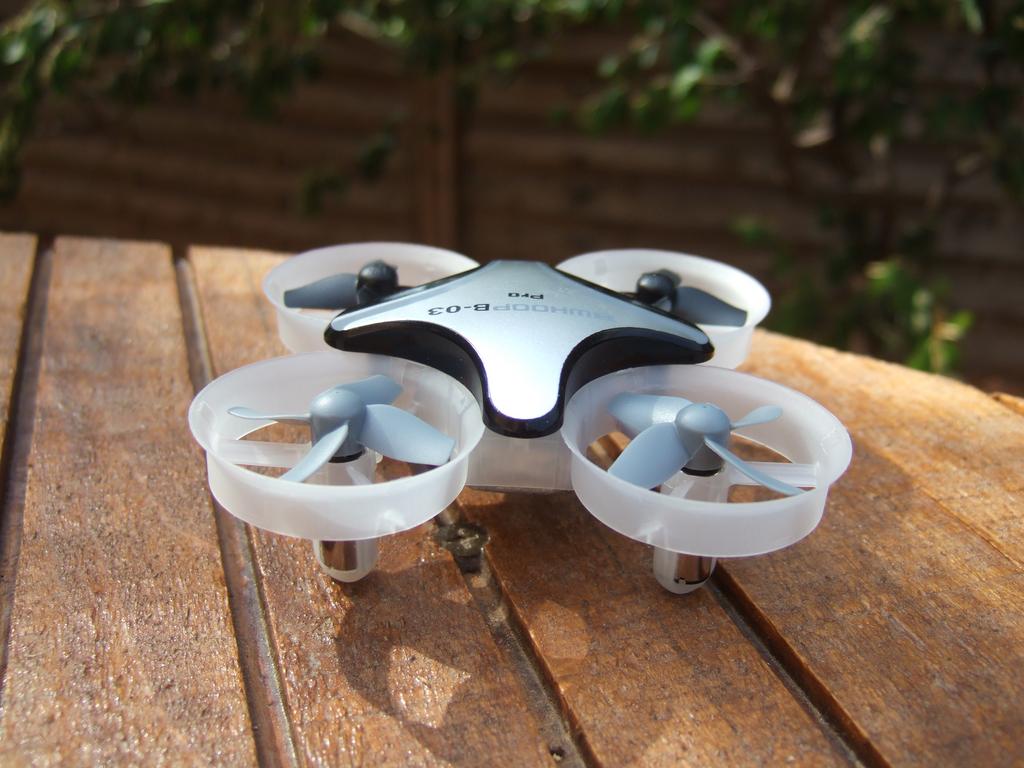 In the valse of the TinyWhoop models, in order to gain some thrust while keeping the same dimension, one way of course is to save some weight but an alternative is to install stronger motors. The Boldclash B-03 was the first to install some 0716 motors into a TinyWhoop chassis then came the Eachine E011. Boldclash is now introducing the Bwhoop B-03 Pro version. Here bye-bye the altitude hold (really incompatible with FPV applications) and hello to some stronger 0716 motors announced to be 64000RPM. The other element remains the same: a flexible EDF/ducted chassis, 32mm quadriblade props, a propriatery FC. Let’s discover this bundle. 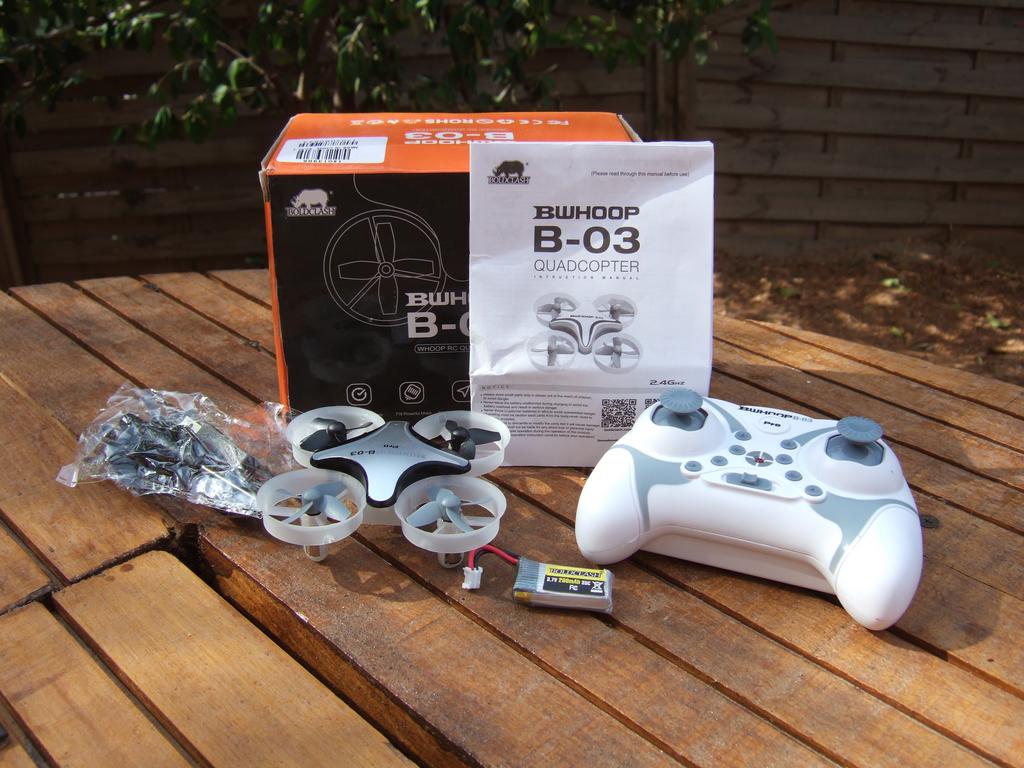 The chassis remains the same than the original B-03 with translucide EDF/ducted prop system relatively flexible to absorbe easily crashes.
Installed on top, a relatively flat top canopy element latterally clipsed. You can directly tape a AIO FPV camera on it if you want. 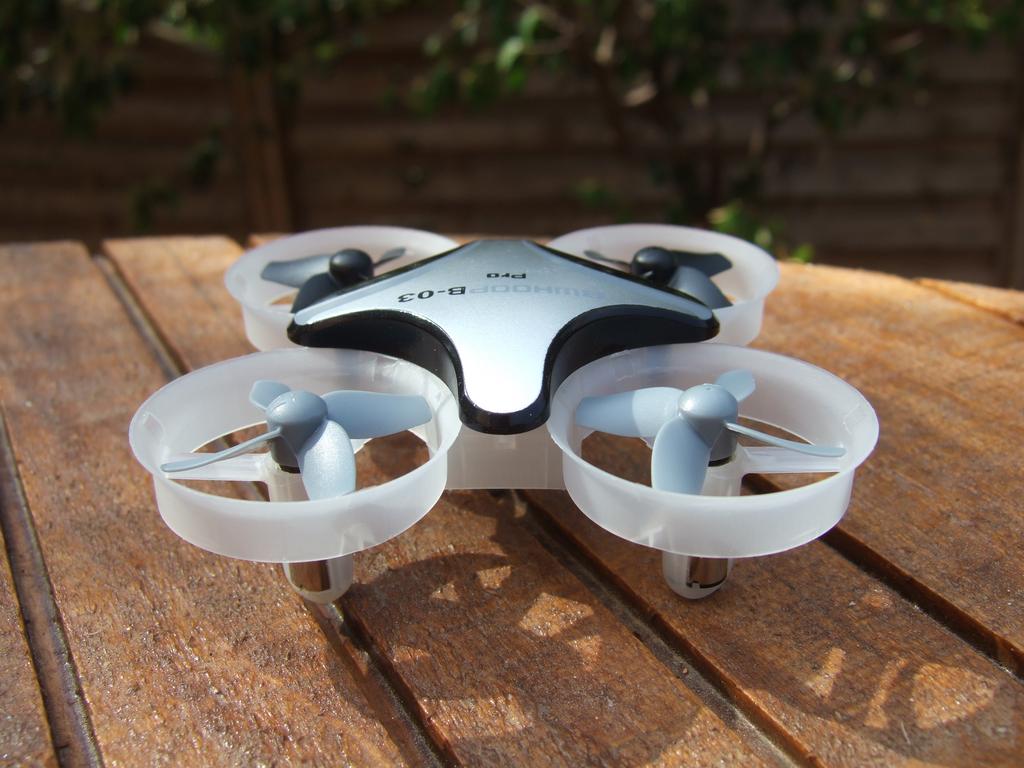 With the battery installed 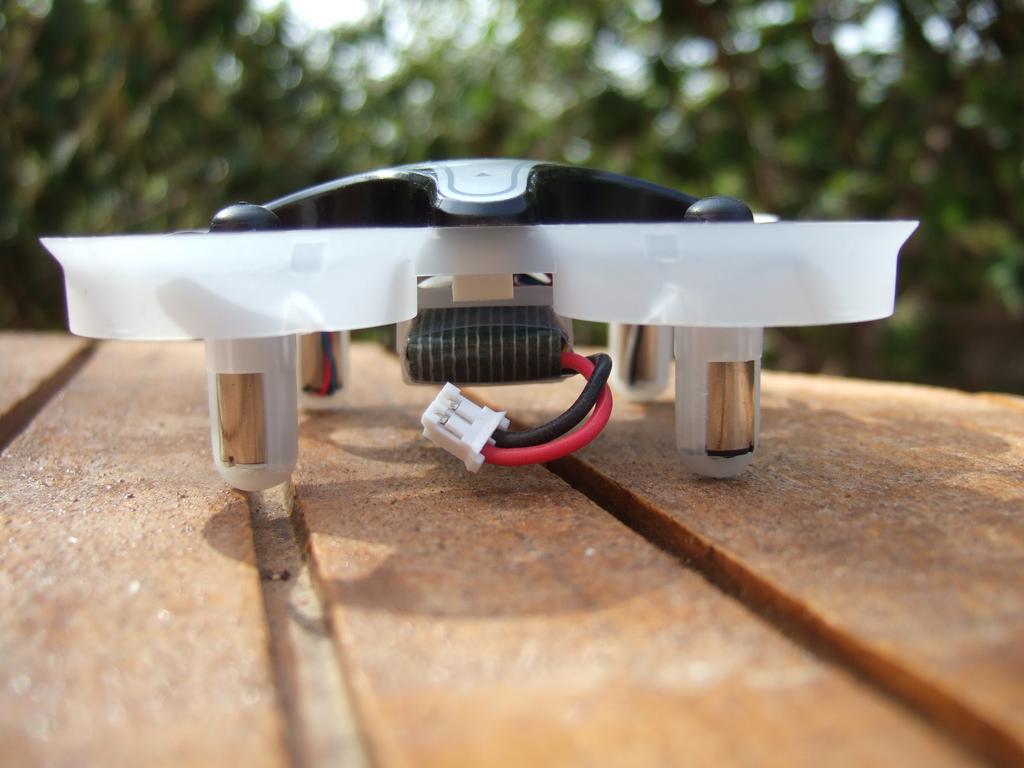 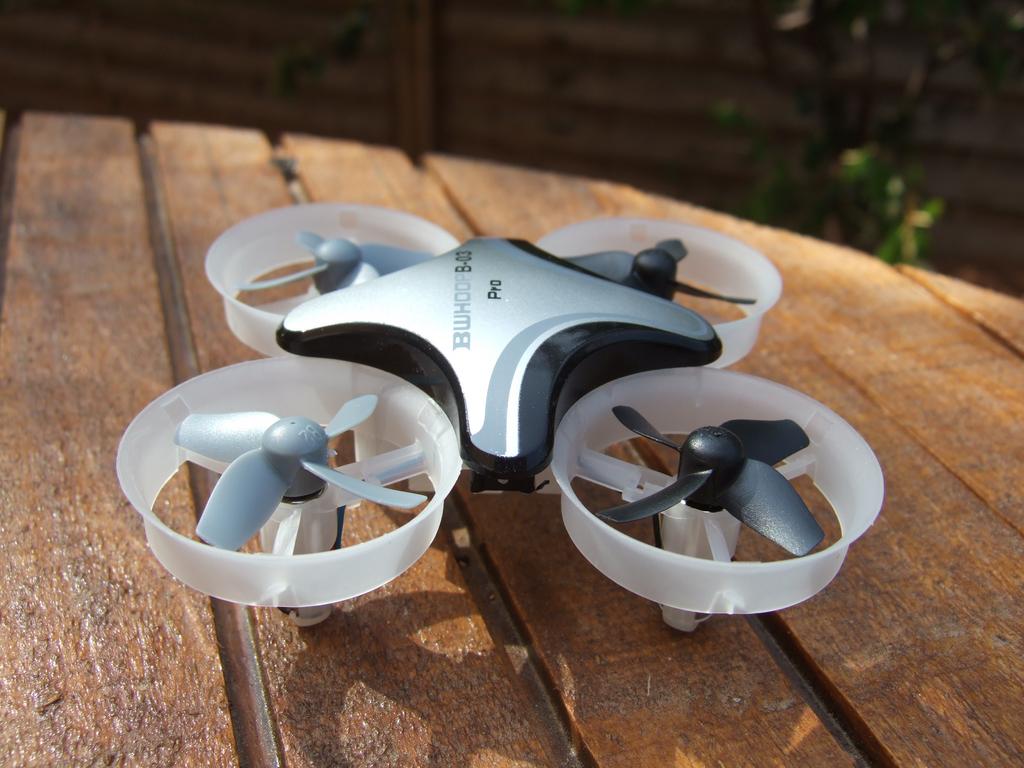 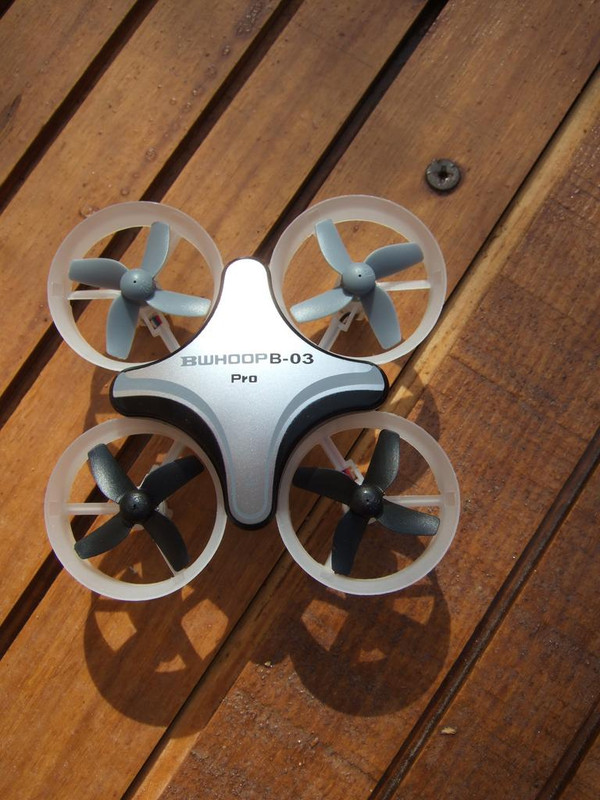 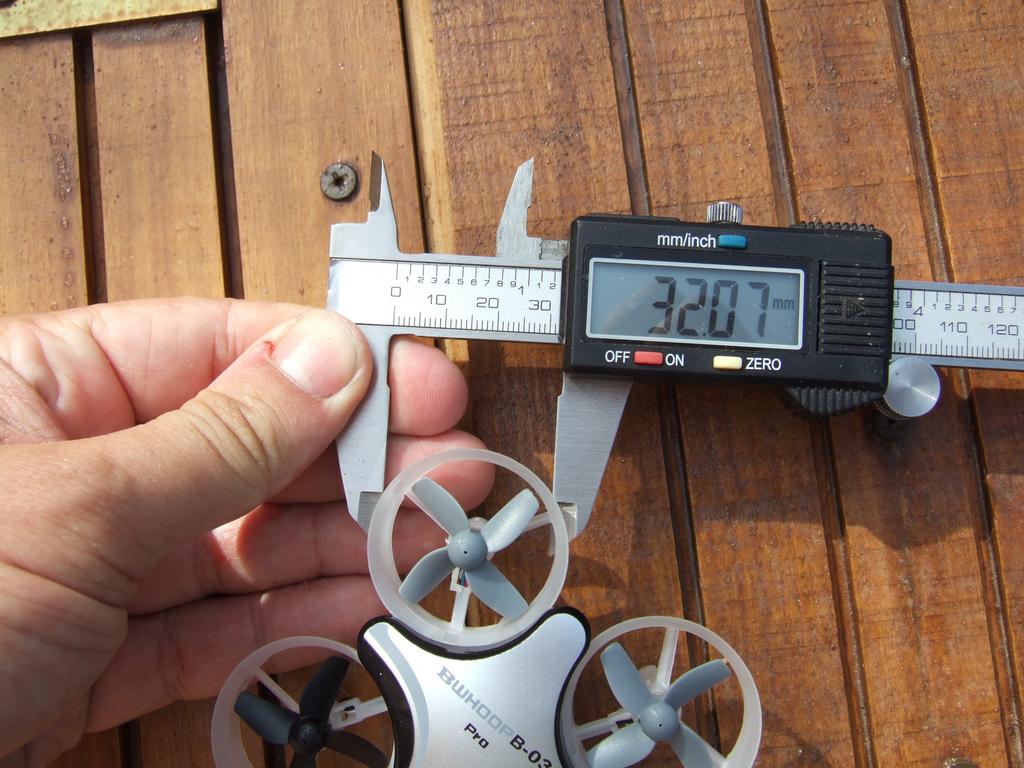 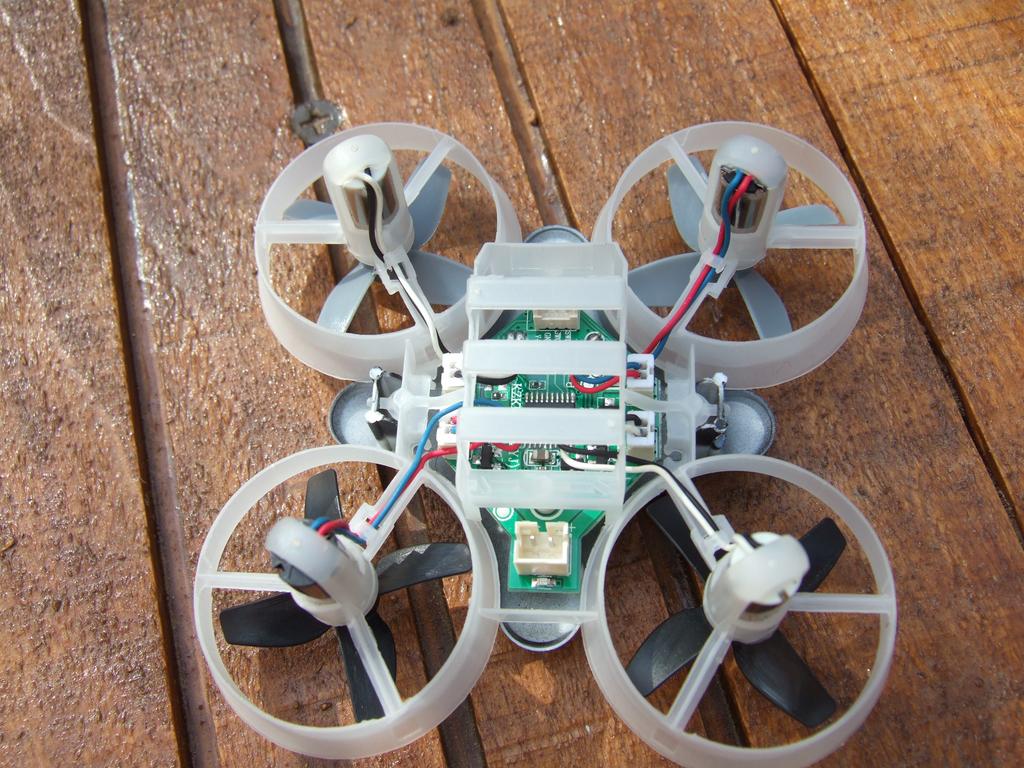 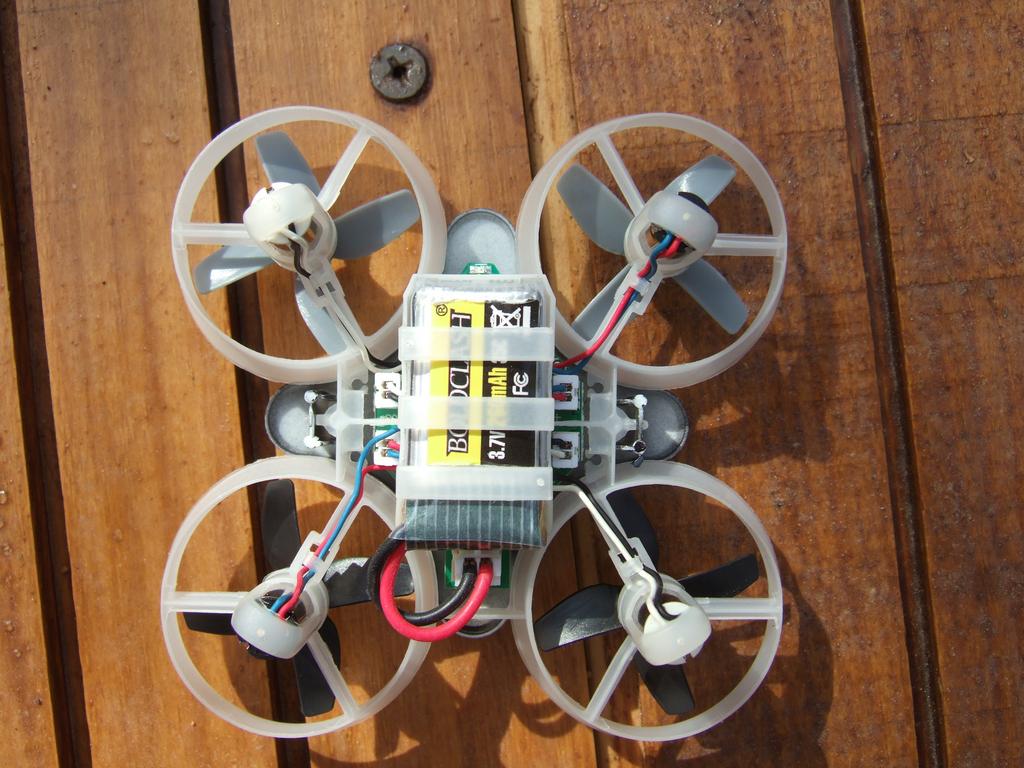 Good news, the SWD port is still here like for the original B-03 machine. Minor change, you don’t need anymore a 4 position JST-SH connector but a 3 ways model right now. You can plug directly a ST-link2 programmer via the GND, SWDIO, SWCLK pins. 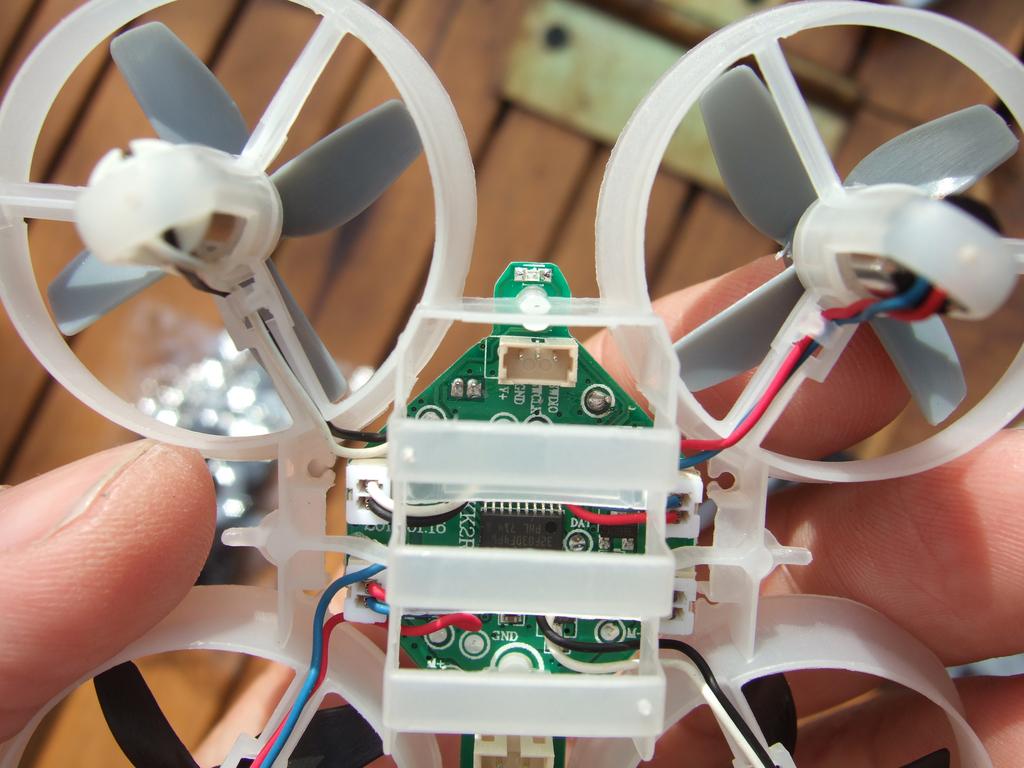 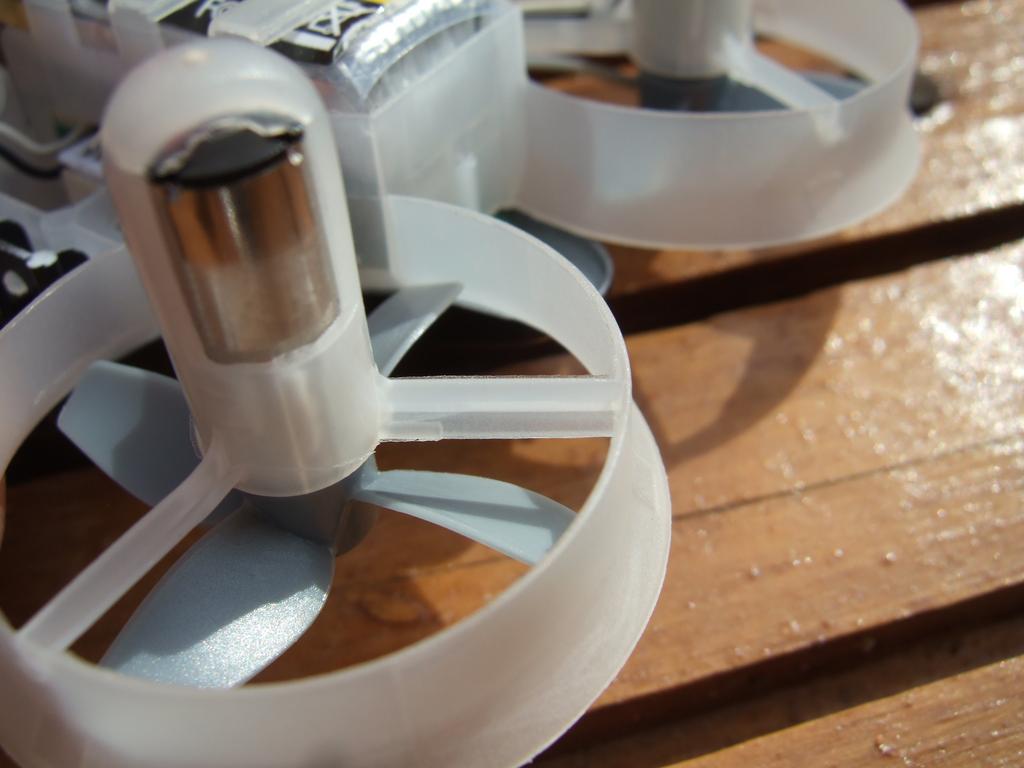 Motors can be easily replaced since connectors are here. 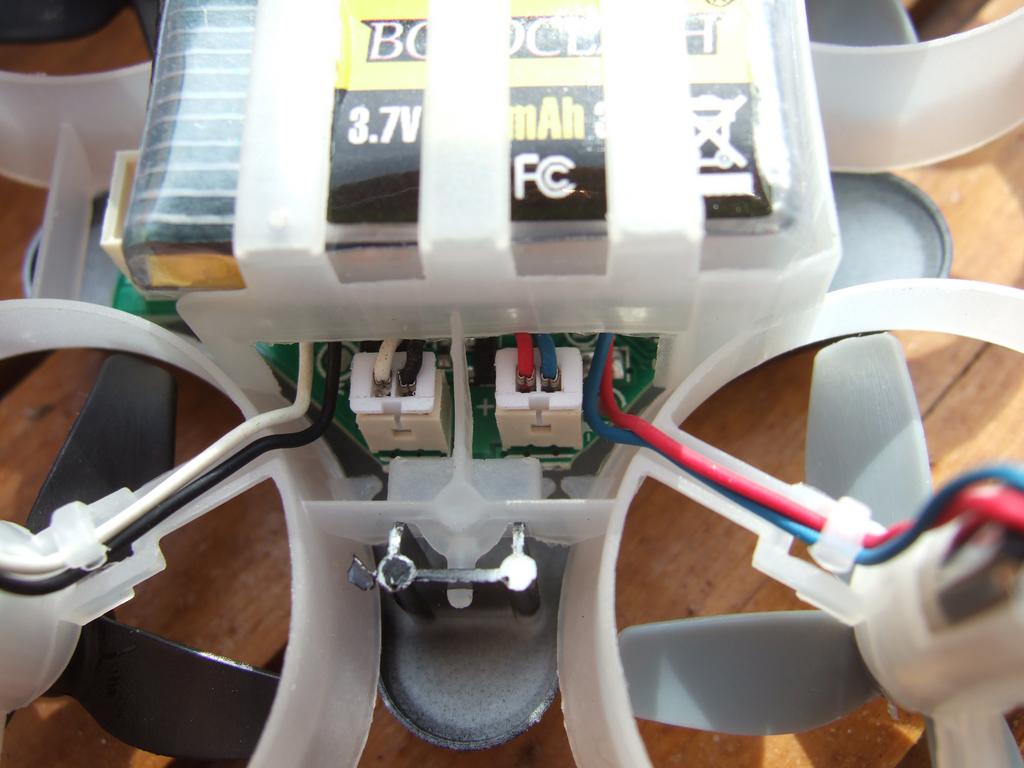 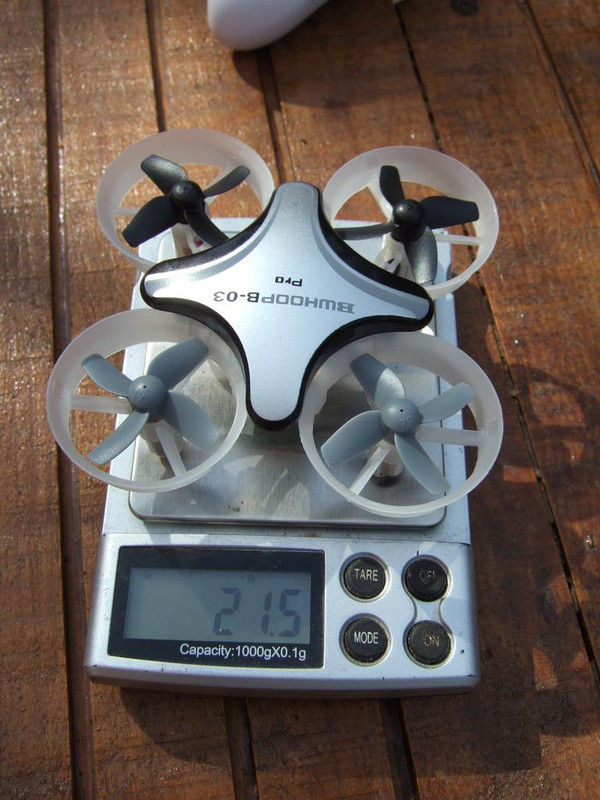 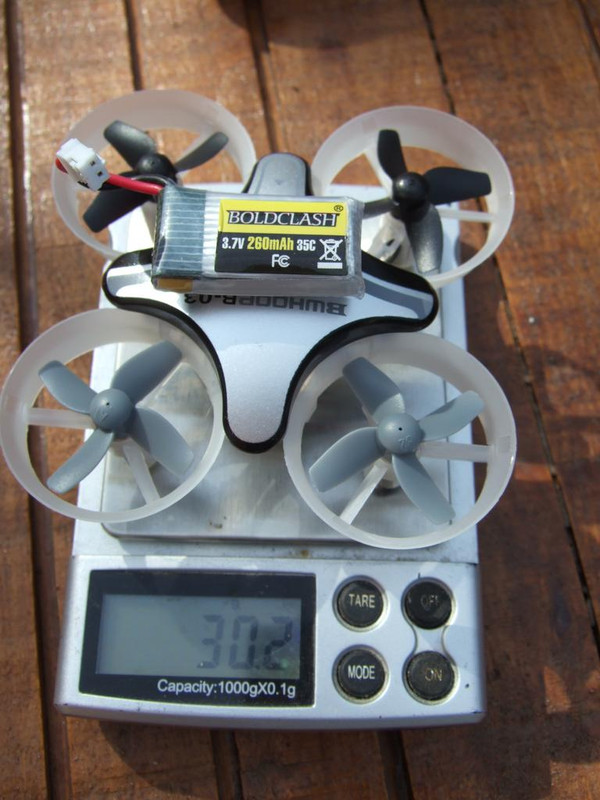 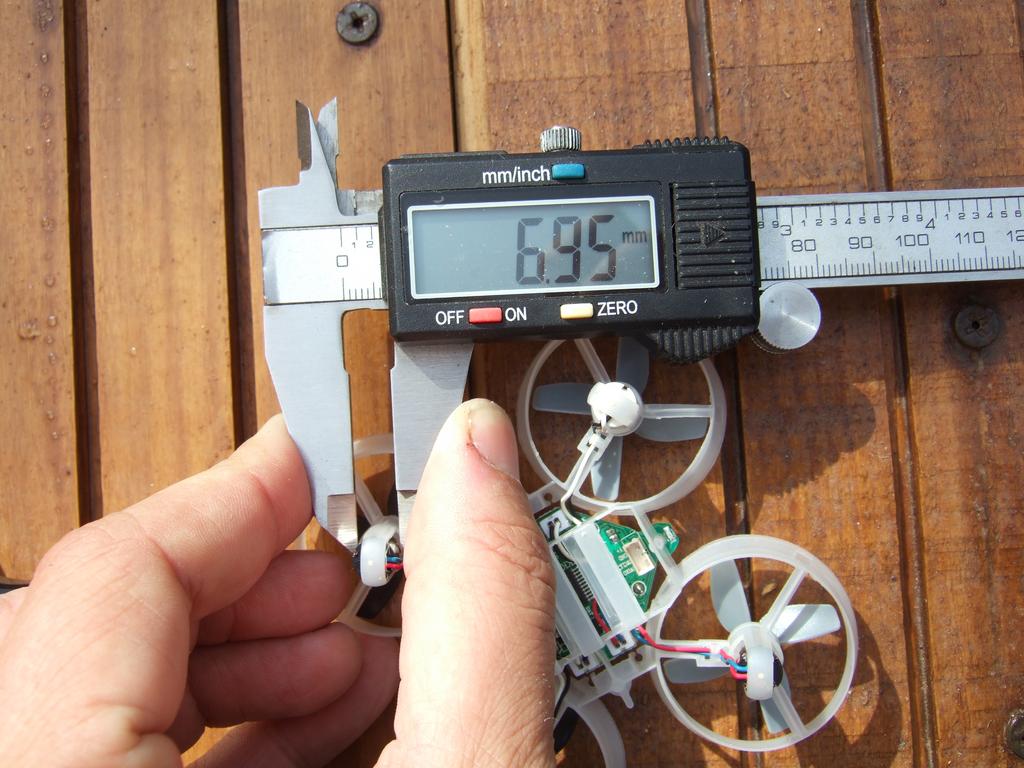 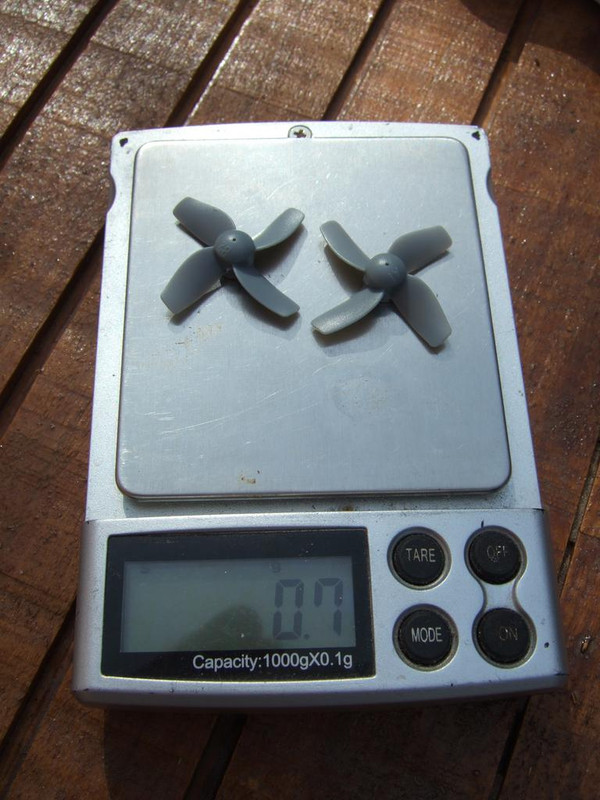 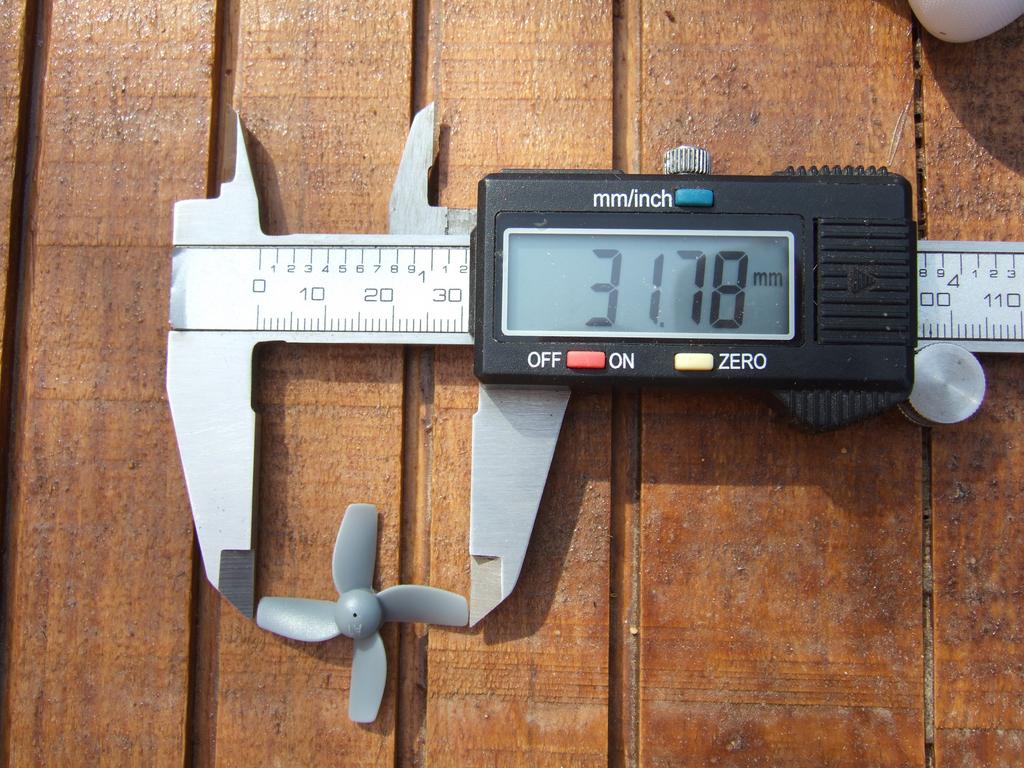 A strong 260mAh 1S LiPo 35C!!. Without any FPV camera, you can expect more than 6min of flight time. 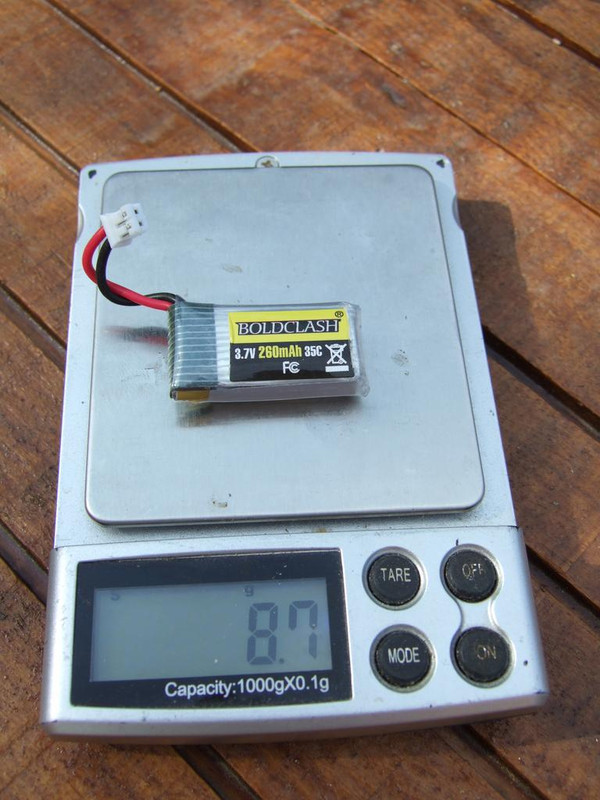 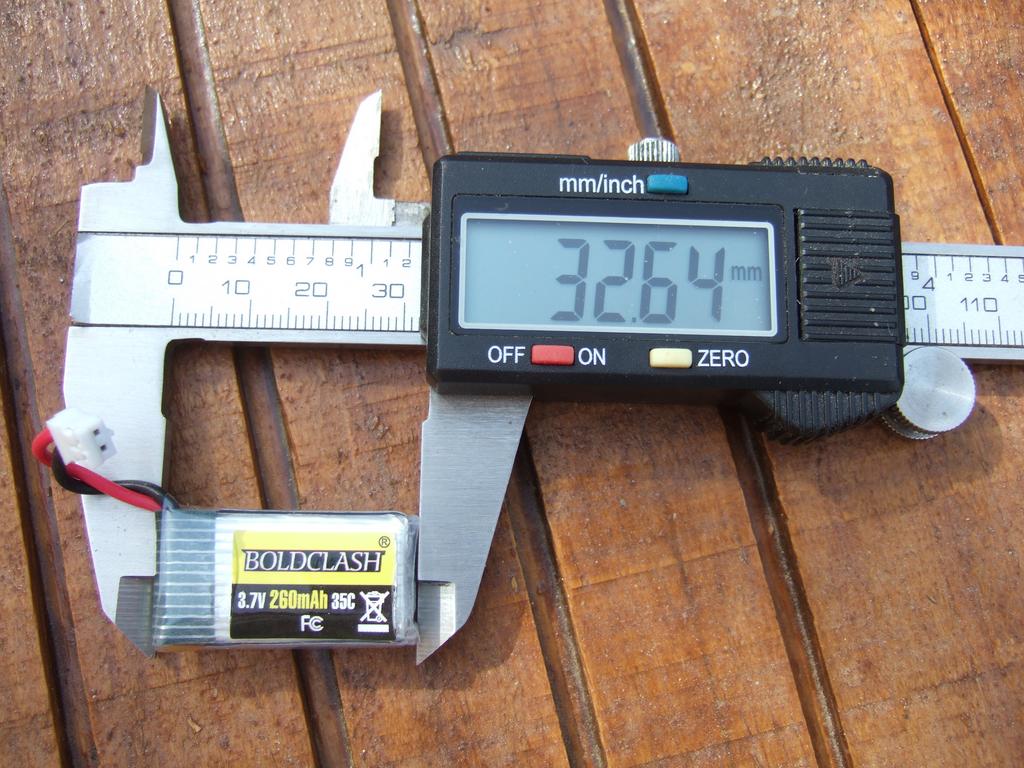 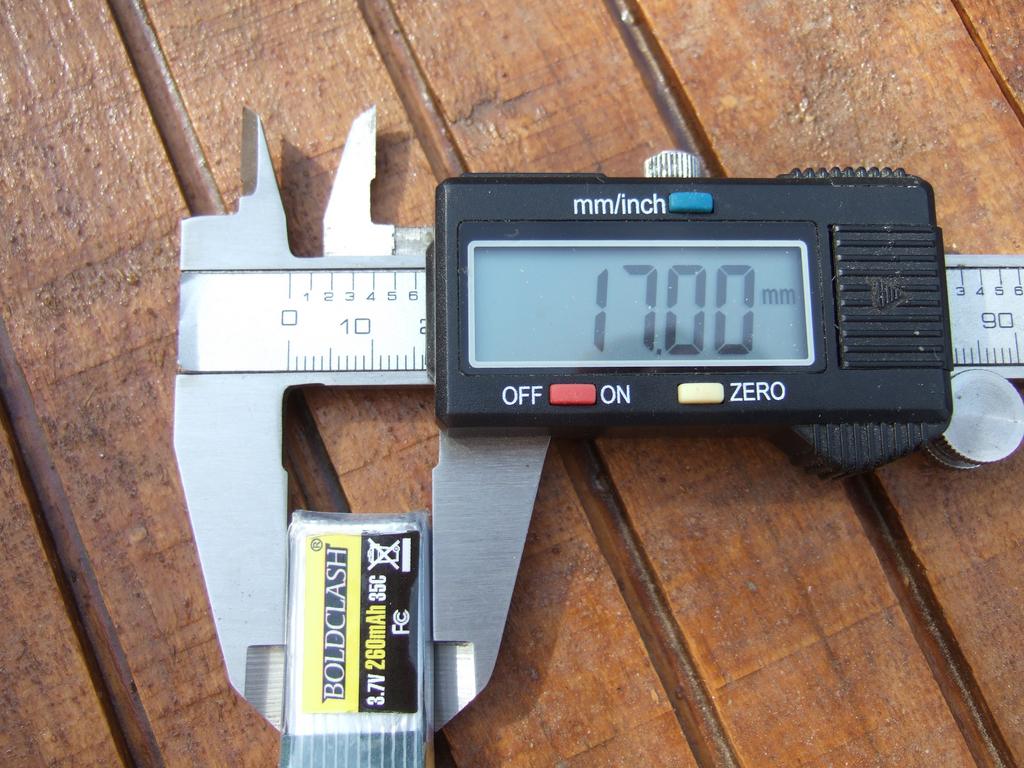 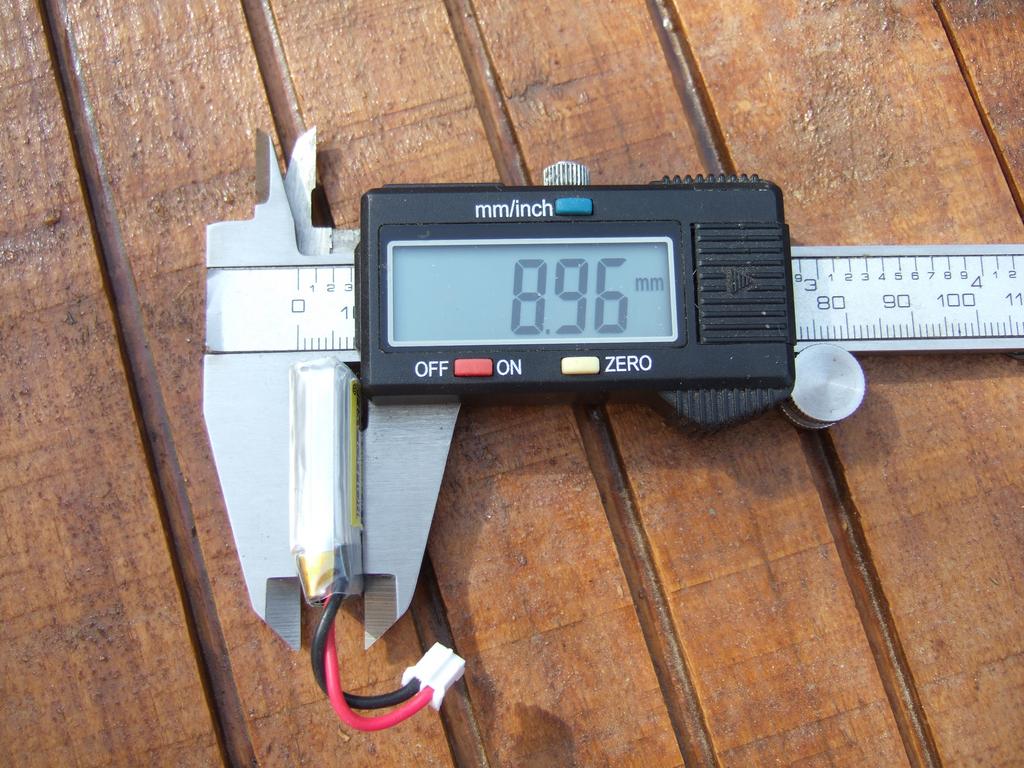 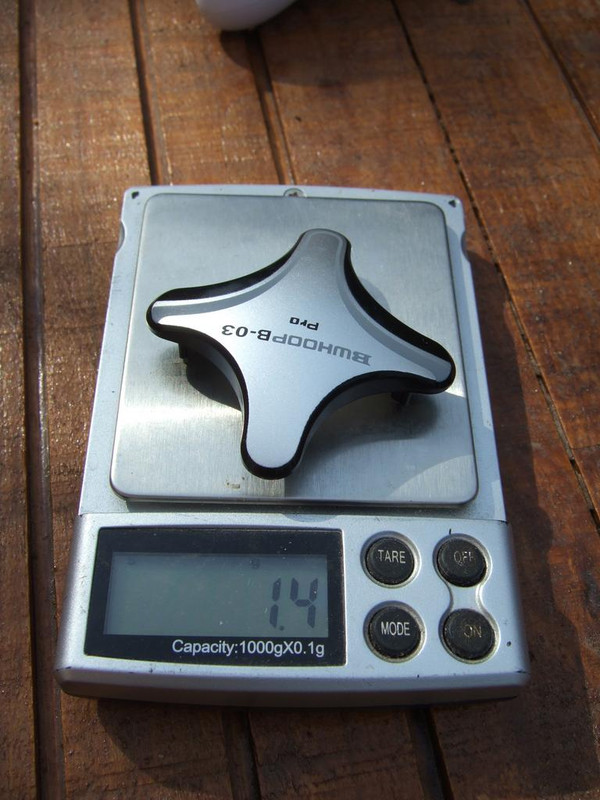 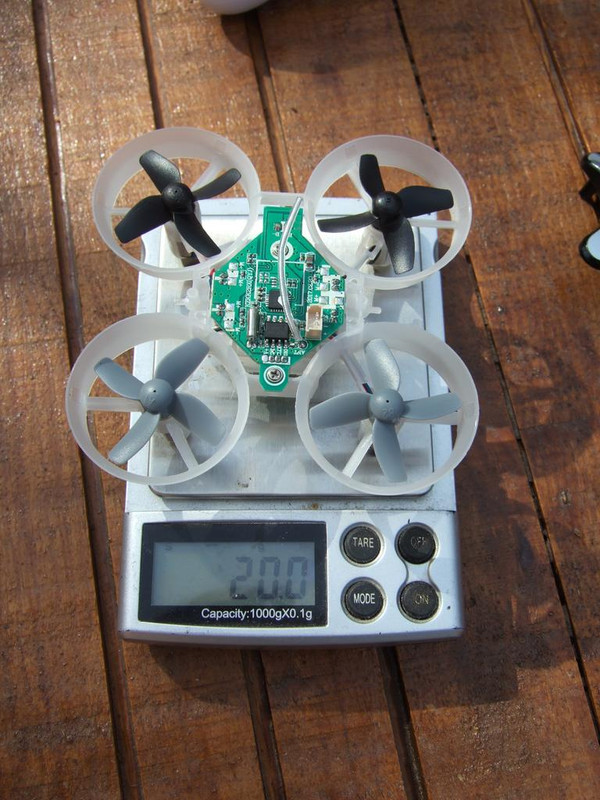 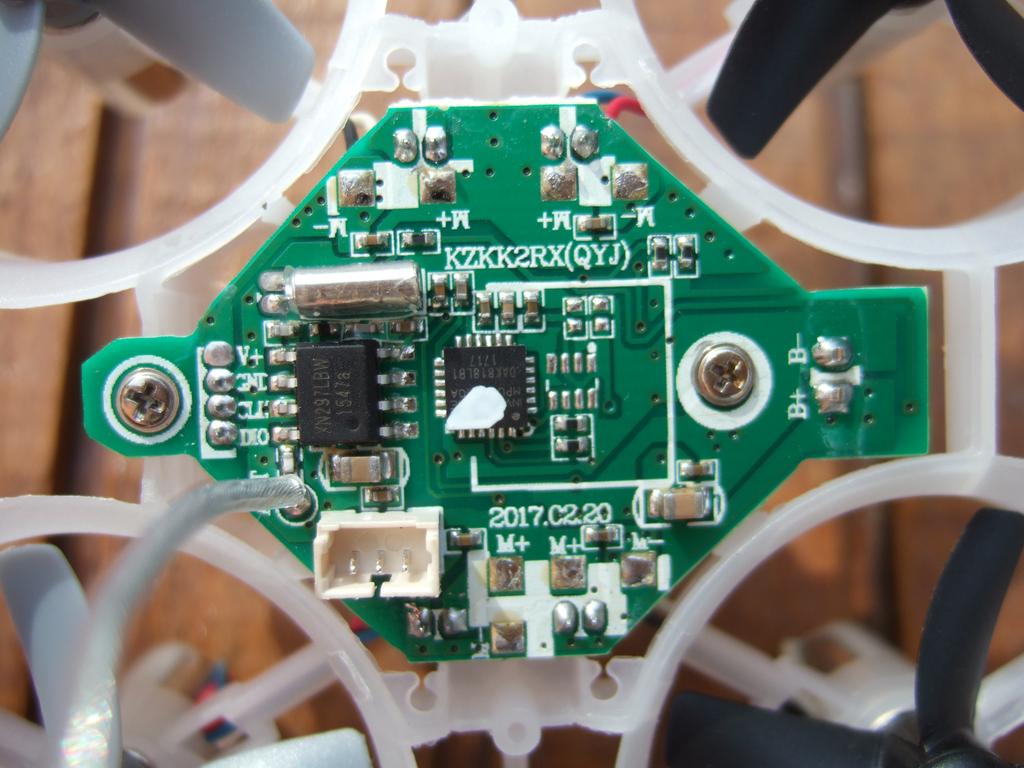 There is a port with a 3 pin connector. The two pins from the left can be used to plug directly the Boldclash F-08 new AIO FPV DVR camera. 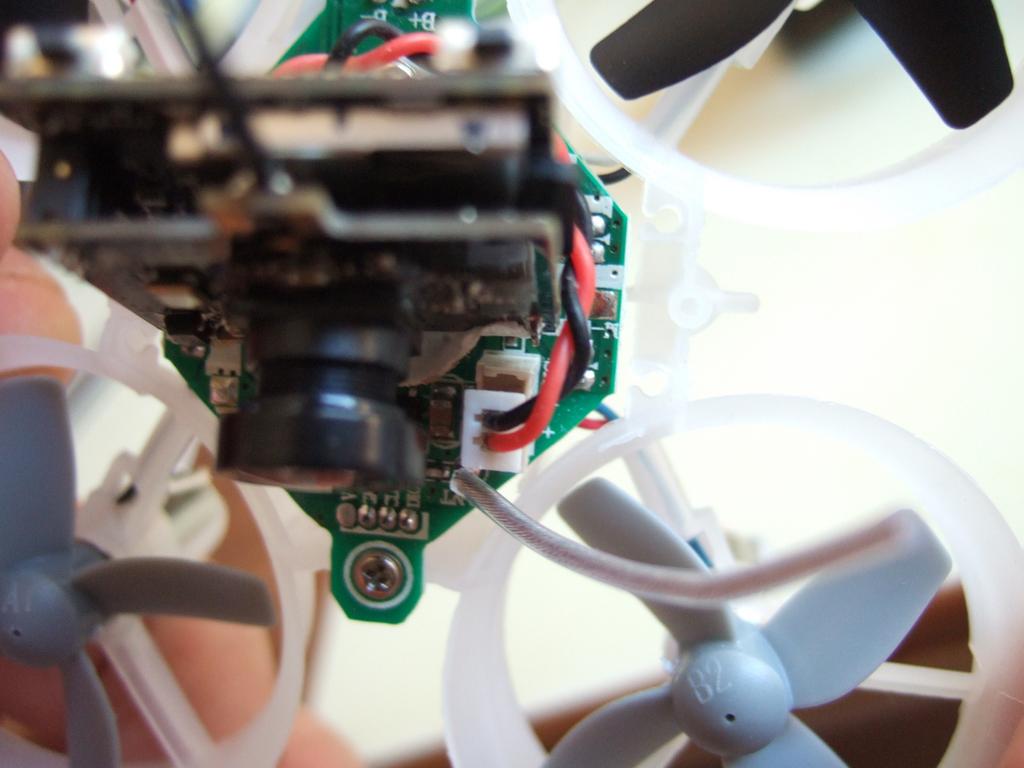 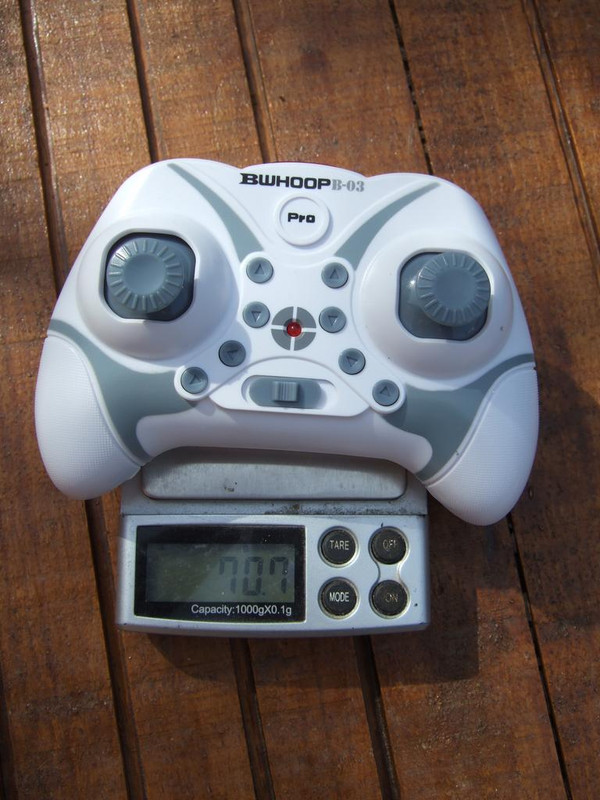 A small originality introduced with the pro version, if you long press the top right shoulder button, you can turn on the “load” mode. in theory, it should boost motors to carry an extra payload associated for example with an AIO FPV camera. In practice, I didn’t see a big difference with or without this mode. 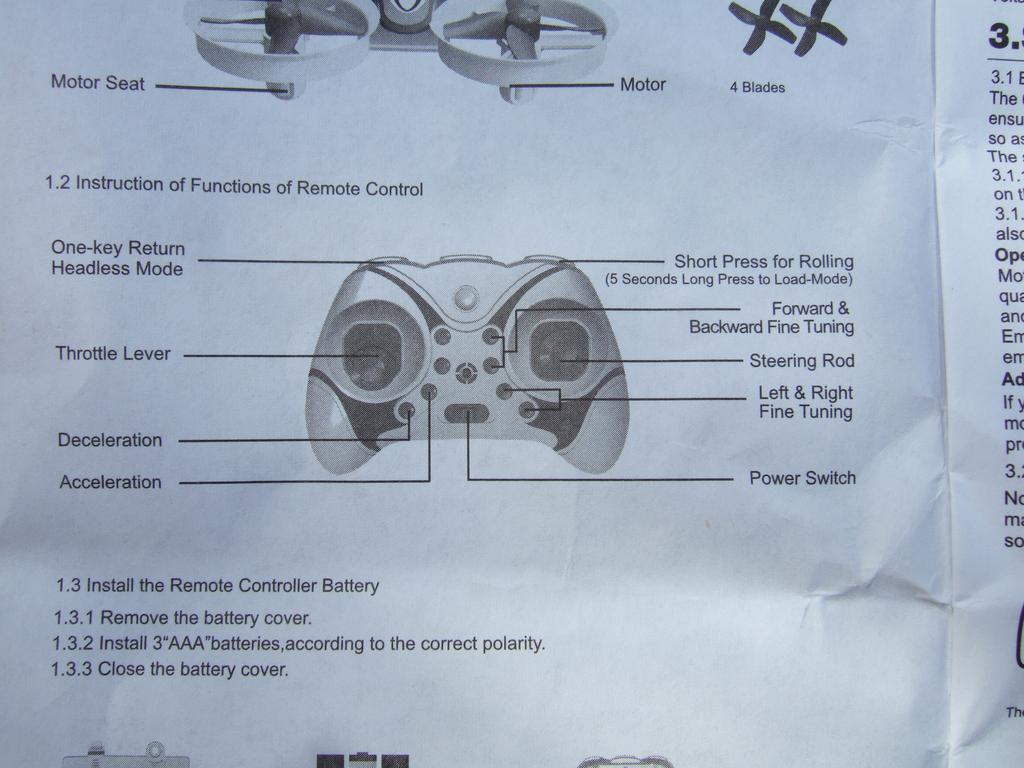 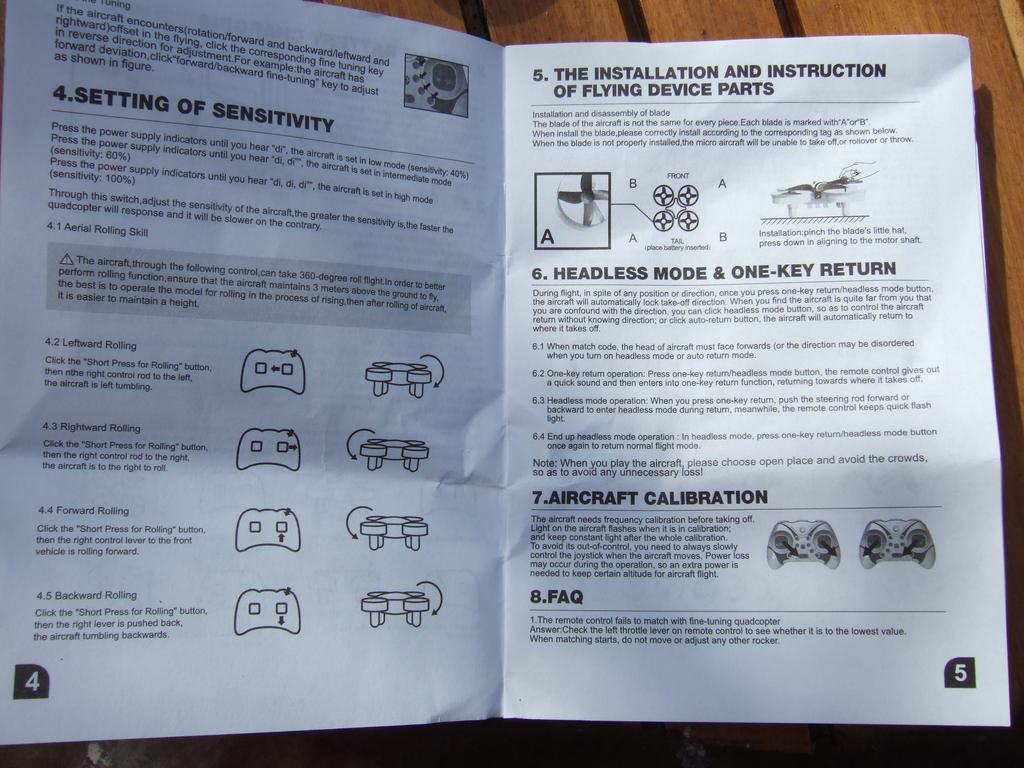 As mentioned earlier, it’s direct to plug the the F-08 module via the female 1.25mm microJST connector. The total weight with the camera, the double side tape and microSD card exceed just a bit 34g…. 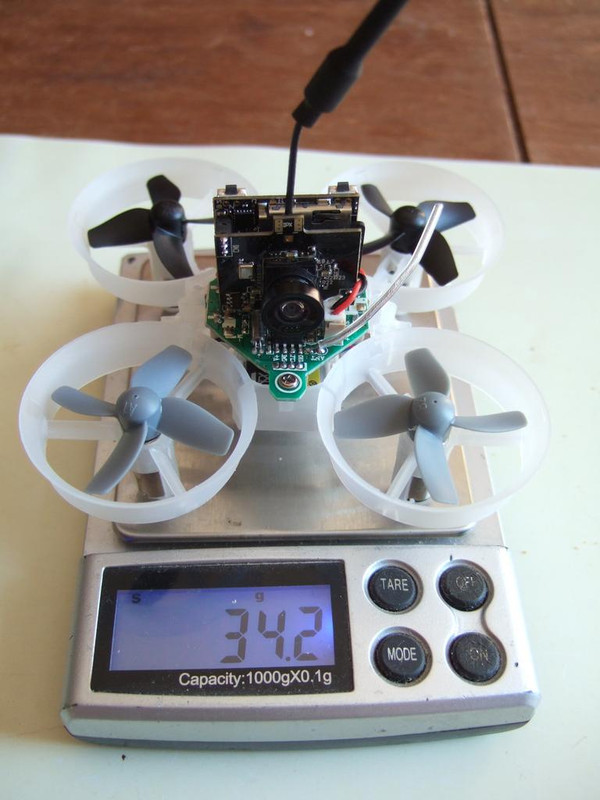 I was worried to take off with the extra load … but in practice no problem. It hovers from 50% of throttle input. When controlled with a DeviationTX compatible radio, it’s super precise … . The machine is not fast … so be aware outdoors especially in windy conditions. The control range is good even with the original radio. You can cross easily all the house and a garden. any drop out reported. With the 260mAh LiPo, I was positively surprize to report 4min of flight time in average with the F-08 AIO FPV DVR camera. The FPV signal is also good in term of range… If you need absoluptly the acro flight mode, you can still flash the SilverXX opensource firmware according to this thread: https://www.rcgroups.com/forums/showthread.php?2876797-Boldclash-bwhoop-B-03-opensource-firmware

The main advantage of the Bwhoop B-03 pro is main probably its capacity to carry easily 5-6 extra grams without sacrifying flight time. The machine is cheap, can be connected with directly with the F-08 camera, DeviationTX ready and can be flashed with an opensource firmware to enjoy acro mode.

This quadcopter have been courtesy provided by Boldclash in order to make a fair and not biased review. I would like to thank them for this attitude.
You can find it actually for 17USD at http://www.boldclash.com/boldclash-bwhoop-b03-pro-micro-drone-p92.html