The FXT FX888R tripleplay is new 5.8G ground station receiver integrating up to three difference sources. In practice, coupled with high gain “120” degrees directional antennas, you can cover 360degrees.. and by consequence gain easily 6dBm (and more) at least to double your FPV range. Other antennas combinaison can open even more long range applications. The tripple play is a small 48CH 5.8G module where each receiver can be enable or disable individually. Let’s have a look to this new 5.8G receiver. 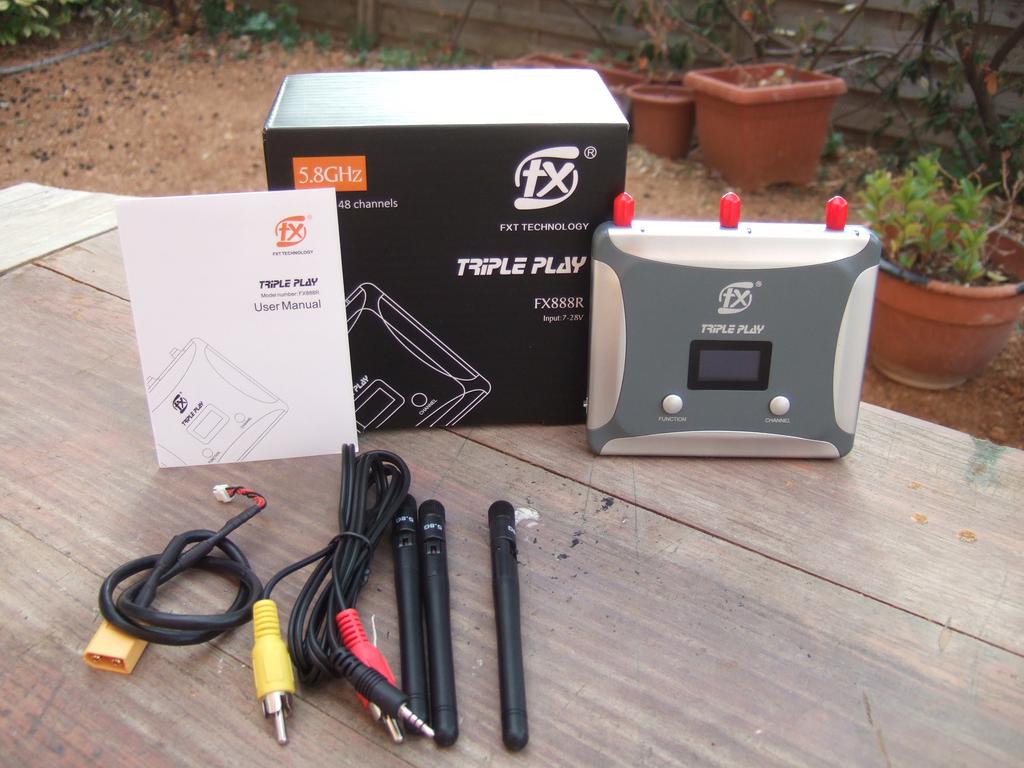 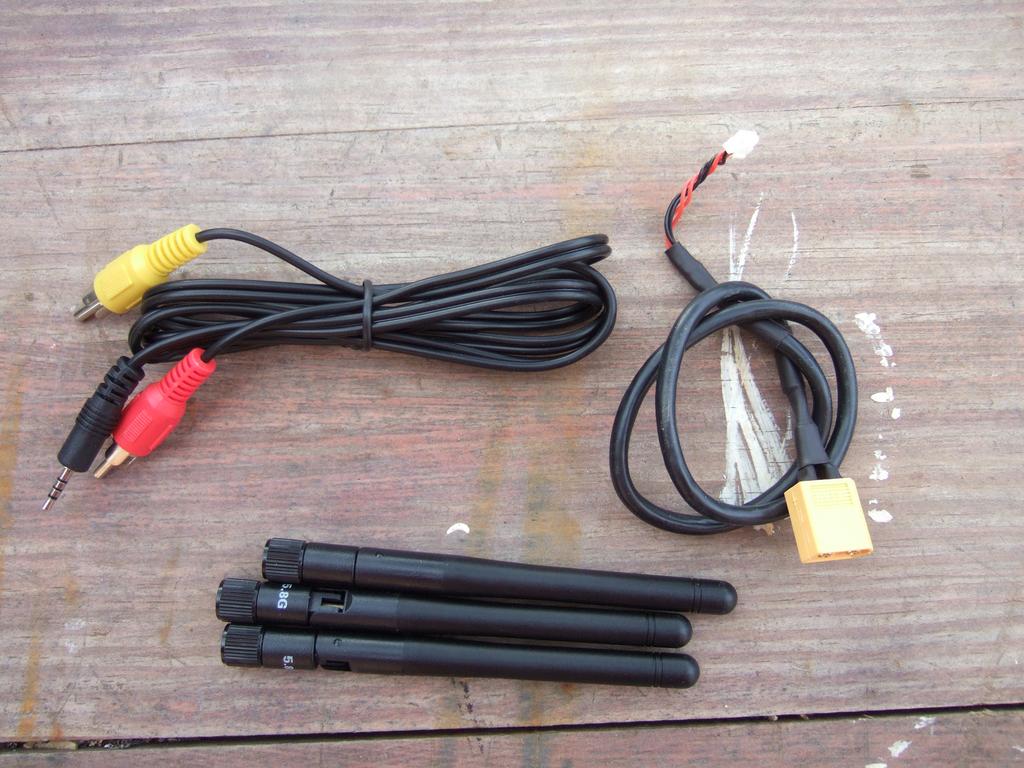 The choice of a 2.5mm jack plug is less common than 3.5mm for FPV equipement.

The plastic design of the casing is pretty nice with a good plastic material. You take the module in hand you are positively surprized by its light weight. 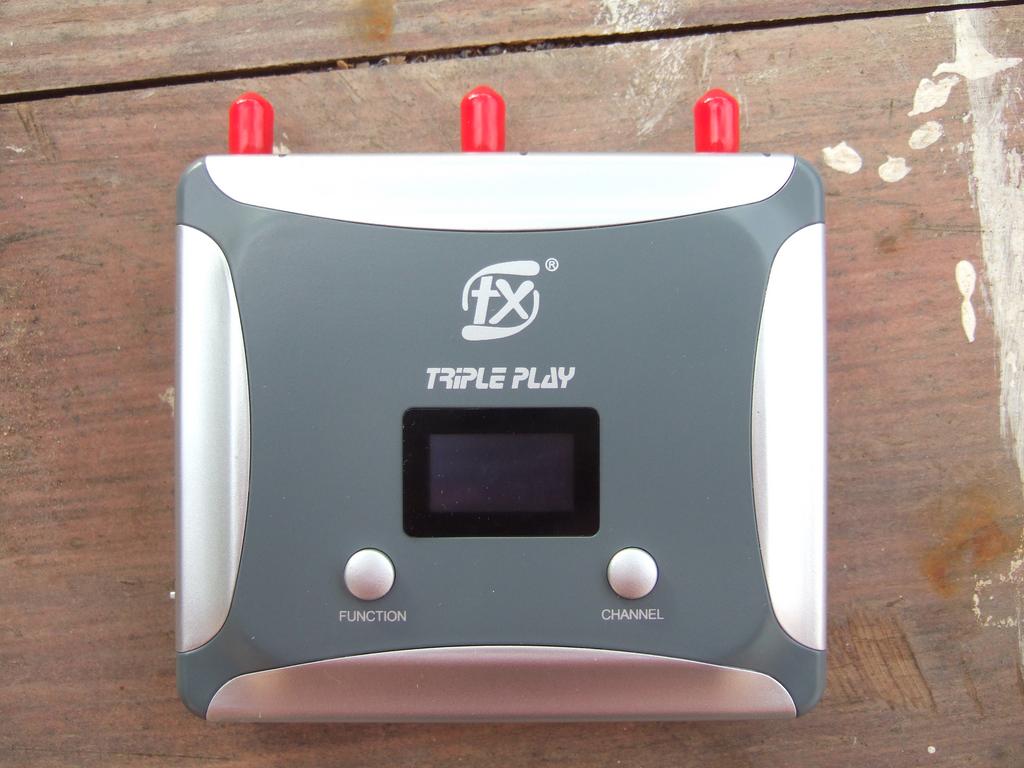 All the connexions can be done on the right side. Three individual AVout corresponding to each 5.8G receiver and a “triversity” output. We can regret maybe the absence of a second triversity port in order to plug also an external DVR directly. 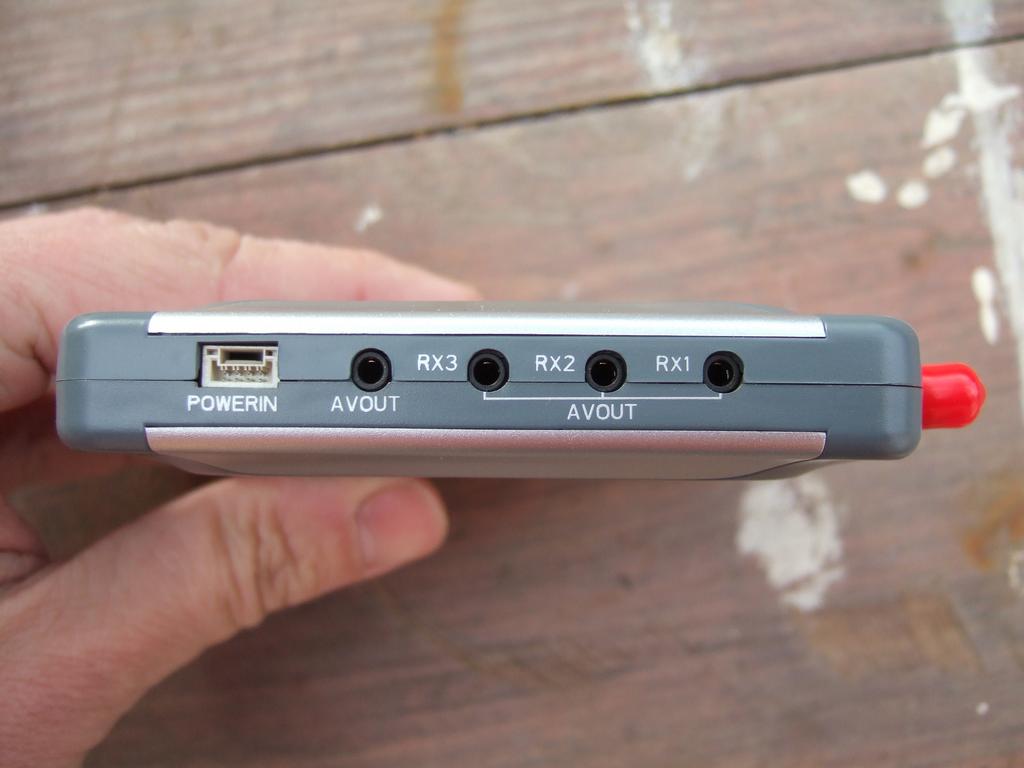 The left side welcomes only the powerswitch 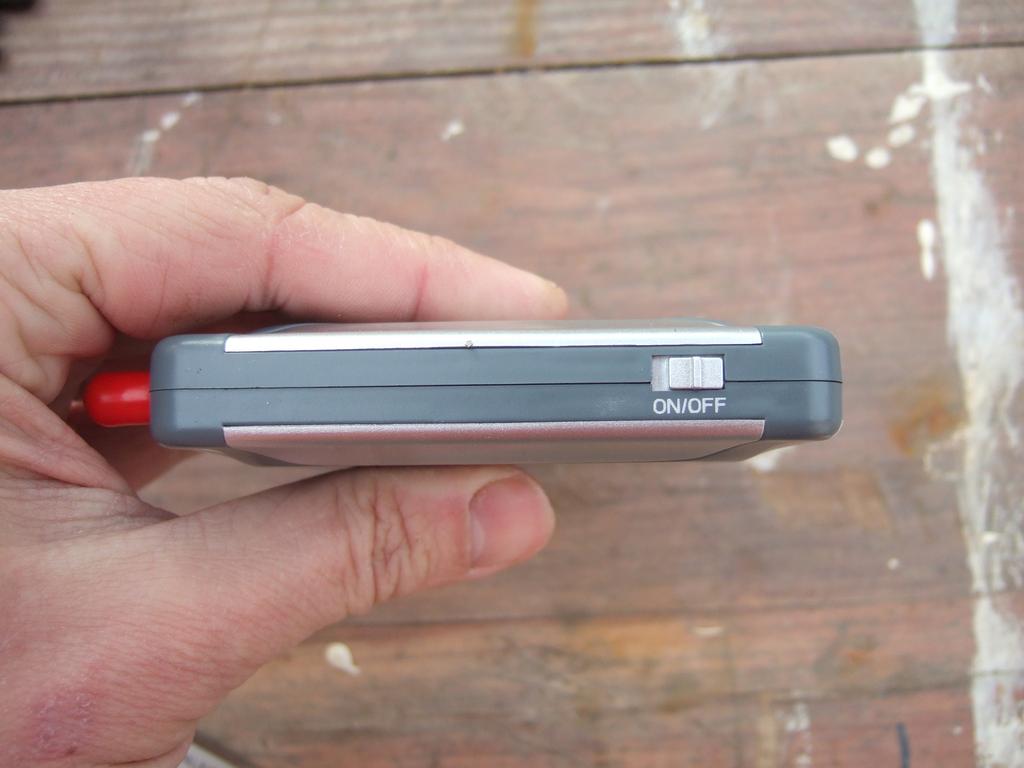 No problem to attache the triple play module on a tripod 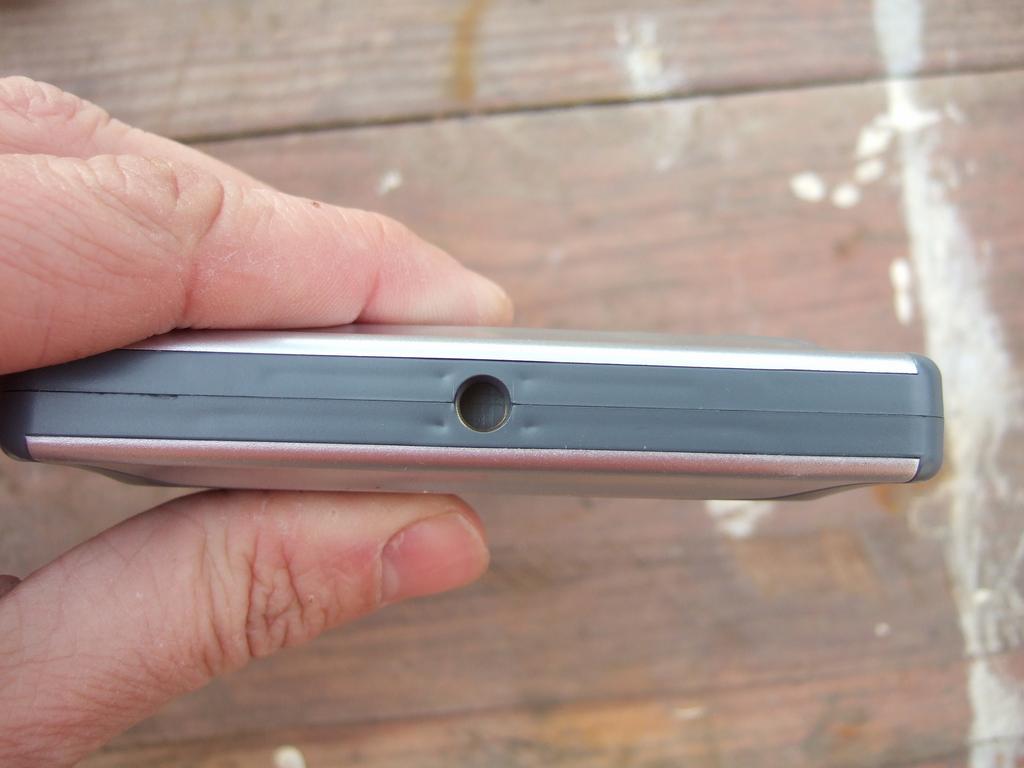 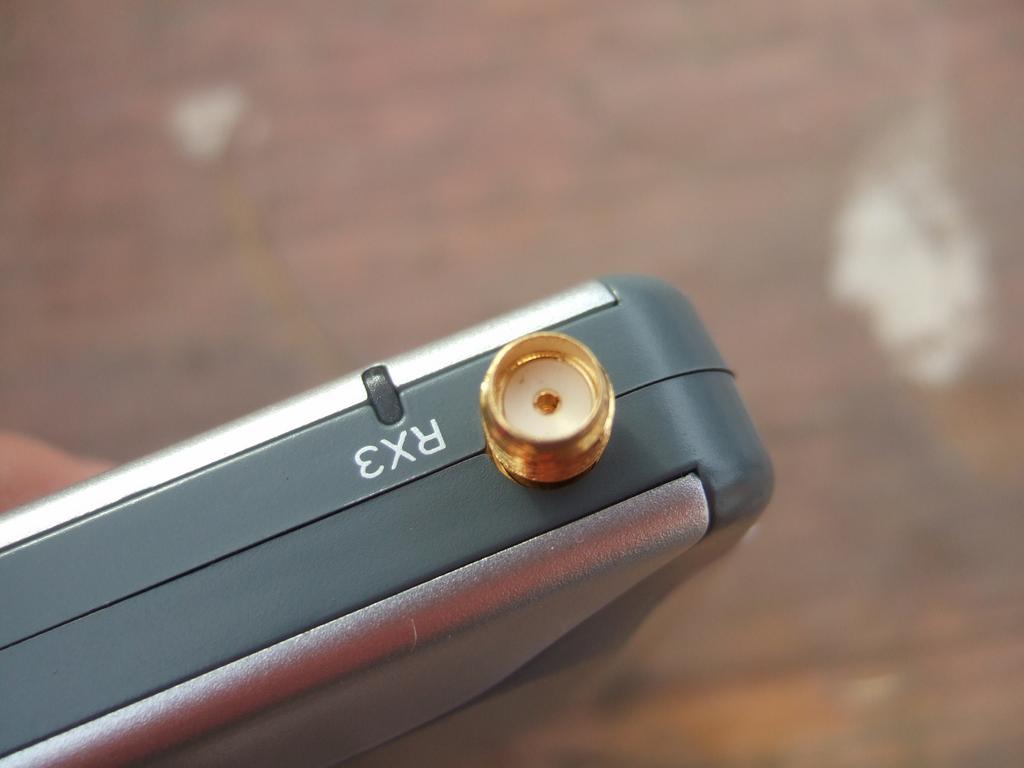 The front pannel display the current selected Vband,Vfreq as the instatanenous power received on each receiver. 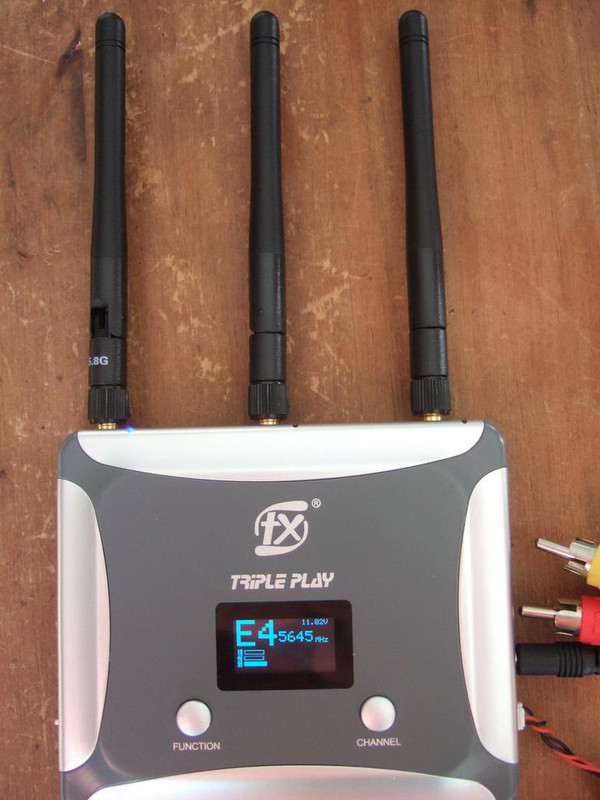 It’s super easy to select a Vfreq, i.e. short pressing will cycle among the eight ones in the current selected band. If you long press one it, you cycle between the six supported Vband 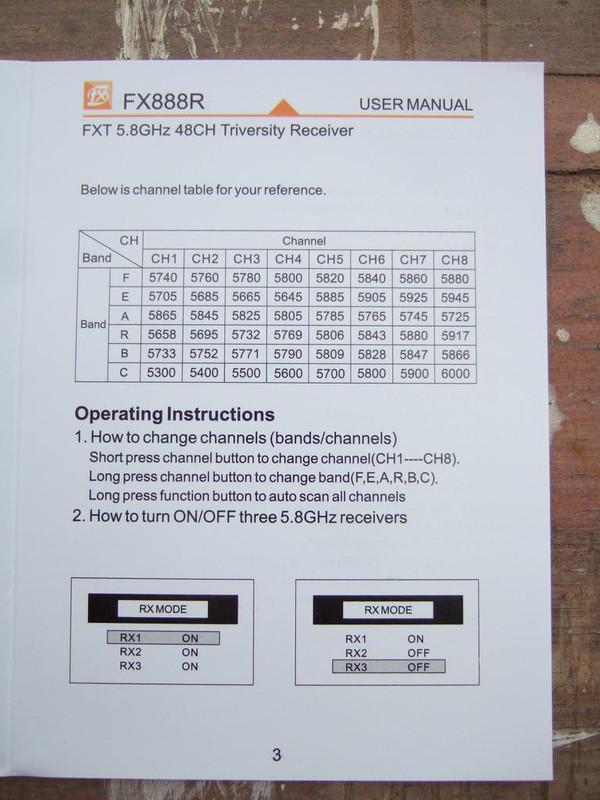 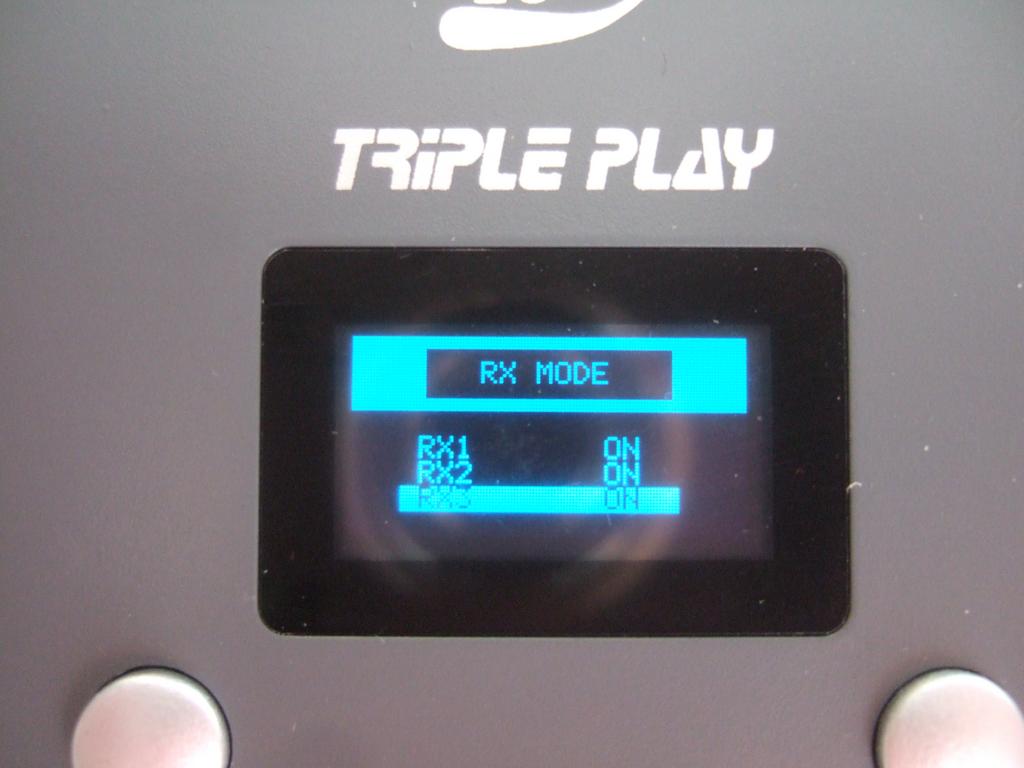 A super easy to use module ….. Maybe some futur owners can regret the XT30 connector instead of a JST one but since the module can accept battery up to 6S, the XT30 is more logical for such wide voltage range.

The test has been done with a simple 25mW source with a linear antenna. The comparaison is done with a FPV monitor including diversity. Both source have been recording with the same EV100 DVR with the same settings (HD resolution). Of course this particular test can be critiqued but a long range FPV comparaison depends also of the powersource, the current altitude, level of multipath, etc…. We can feel a slight improvement of the level of reception especially for low SNR conditions and for high RSSI, the level of statics also a bit decreased. We can notice also the desynchronization of the DVR recordings… I liked also how the switching is done… not to fast and absoluptly no break up can be noticed during a switching. The level of each RSSI is displayed only the front OLED screen. No OSD informations overlayed especially the current battery status. 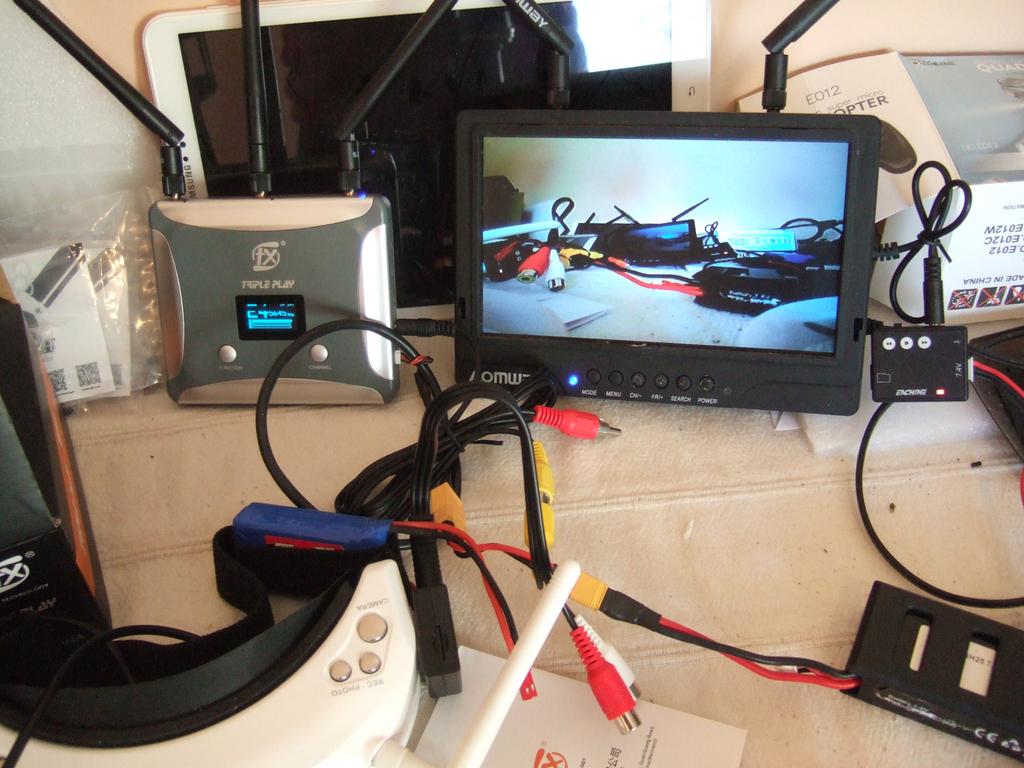 Good, relatively cheap and simple triversity 5.8G module…. The ensensial is here. The 5.8G switching is well done and the general improvement even if it’s small with the actual linear antennas will be here as soon as higher gain antennas will be used. I regret the absence of basic OSD information at least the current battery voltage and the absence of a second AVout to plug directly a DVR. We can hope one day to have a version where for each individual receiver, a unique Vfreq can be selected.

This 5.8G receiver have been courtesy provided by FXT in order to make a fair and not biased review. I would like to thank them for this attitude.
You can find it actually for 76USD at https://www.banggood.com/FXT-FX888R-6-Bands-48CH-Raceband-Triversity-Receiver-Built-in-12864-OLED-p-1195291.html